The purpose of the BREATHE Advisory Board is to advise, assist, support, and advocate for development and growth of extensive partnerships, both internal and external to the University of Kentucky. The specific purposes of the Board include: 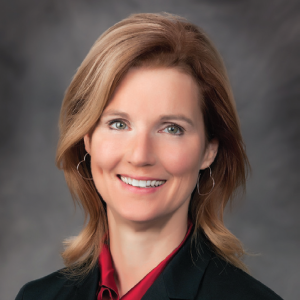 Donna Arnett, PhD, MSPH was the Dean of the UK College of Public Health. She is the former associate dean and chair of Epidemiology at the University of Alabama-Birmingham. Dr. Arnett is also the former president of the American Heart Association. A Kentucky native, Dr. Arnett obtained her Bachelors of Science degree in nursing and a Master’s of Science in public health from the University of South Florida before earning her PhD in epidemiology at the University of North Carolina Chapel Hill. Dr. Arnett has been an NIH-funded researcher for 20 years and focuses her research on genes related to hypertensive disorders and organ damage that results from hypertension. Dr. Arnett served on the BREATHE board until 2022. 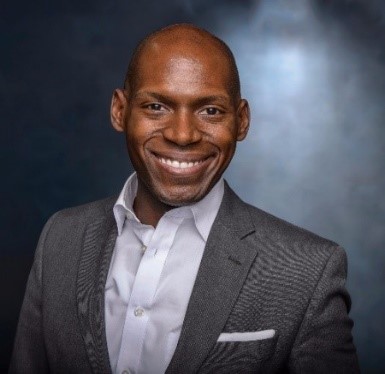 Colmon Elridge is Vice President of Global Development and Membership at International Coach Federation, a non-profit organization designed to help life coaches. Colmon earned a bachelor of arts degree in History from Transylvania University, master's degree in public administration from Eastern Kentucky University and master’s degree in business administration from Sullivan University. Colmon previously worked as executive assistant to Governor Steve Beshear and was elected vice-president of the Young Democrats of America, and later appointed executive vice-president of that organization. Colmon currently serves on the boards of Prevent Child Abuse Kentucky, the Alzheimer’s Association of Kentuckiana, the Bluegrass Center for Teacher Quality, Transylvania University, and as Board President of the Hugh O’Brian Youth Leadership Foundation of Kentucky, as well as lending his time and energies to numerous other activities aimed at strengthening the broader Commonwealth of Kentucky. In 2014, Colmon was named as one of the Ten Outstanding Young Americans by the United States Junior Chamber of Commerce. 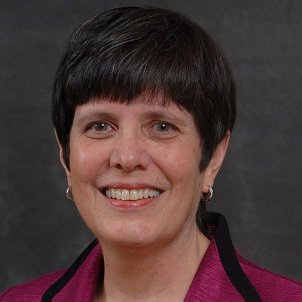 Linda Gorton received her Bachelor of Science in Nursing from the University of Kentucky.  She worked as a registered nurse for Baptist Physicians of Lexington for 16 years. Linda was then elected as the Vice Mayor and Council Member for Lexington-Fayette County until she recently retired. Linda has been a long-time supporter of smoke-free legislation, voting for Lexington-Fayette County’s smoke-free ordinance in 2003 (the first in Kentucky). Before retiring, Linda championed the amendment of Lexington’s law to prohibit e-cigarette use in all workplaces. She is currently pursuing a career as a writer as a rural, agricultural, and urban enthusiast.  On November 6, 2018, she returned to public service as mayor of the city of Lexington, KY. 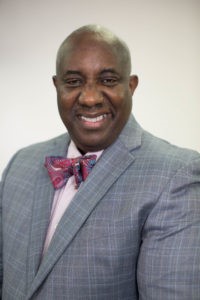 Stan Holmes has served as a City Council Member for Radcliff, Kentucky since November 2006. He is an Adjunct Professor Professor since 2007 teaching courses on small business management, organizational behavior, and managerial decision making. He also provides professional development training and management consulting through his company, Success in Life, LLC. Mr. Holmes is a “numbers and data” guy, with interest in legislation, continuous education and professional development.

Debbie Long is owner of Dudley’s on Short and its sister restaurant, Buddy’s. She earned a bachelor’s degree from the University of Kentucky in Special Education (Speech and Hearing).  Debbie serves on the Lexington Chamber of Commerce, Downtown Lexington and Fayette Alliance boards, as well as others. Long has won numerous awards including 2001 Woman Business Owner of the Year; 2009 Smiley Pete Award; 1997 Kentucky Restaurant Association’s President Plate Award; 2006 Blue Plate Award-Restaurateur of the Year by Plate magazine; and South’s Best Restaurants By State by Southern Living magazine. Long is a member of the advisory boards of Ashland-The Henry Clay Estate and Sullivan College along with being a member of the Rural Land Management Board of Fayette County and serving as a member of the Board of Regents for Morehead State University. 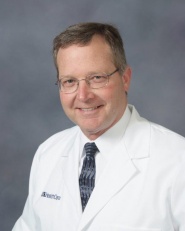 Timothy Wm. Mullett, M.D. is a professor of surgery for the Division of Cardiothoracic Surgery at the University of Kentucky. He received his medical degree from the University of Florida where he completed his residency in general surgery as well as his fellowship in pediatric and cardiothoracic surgery. His interests and specialties include surgical treatment of lung cancer, early detection of lung cancer, and pulmonary hypertension. Dr. Mullett is currently the Medical Director for the Markey Cancer Center Affiliate and Research Networks at UK and Co-Investigator for the Kentucky LEADS (Lung Cancer Education Awareness Detection Survivorship) Collaborative. 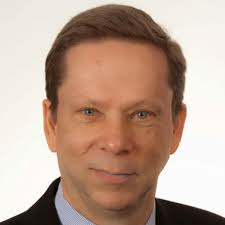 Mark Neikirk is the executive director of the Scripps Howard Center for Civic Engagement at Northern Kentucky University. The center works to connect the campus and community by supporting service learning classes, a student philanthropy program, a community lecture series featuring NKU students and faculty, and community public affairs forum. Mark’s background includes 28 years as a journalist, lastly as managing editor of The Cincinnati Post. He is a member of the boards of the Friedell Committee for Healthcare Transformation, the Thomas D. Clark Foundation (University Press of Kentucky), the Behringer-Crawford Museum, and the Cincinnatus Association. 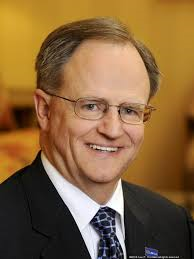 Lee T. Todd, Jr. was the 11th President of the University of Kentucky. Dr. Todd received a Bachelor of Science in electrical engineering from UK. He pursued graduate studies at the Massachusetts Institute of Technology, earning his master’s degree and a doctoral degree before returning to the University of Kentucky as faculty. Dr. Todd has founded two high-technology firms, DataBeam and Projectron. He has received numerous awards for his technical work including induction into the Telecon Magazine Hall of Fame, Kentucky Society of Professional Engineers, and Outstanding Business Leader of the Year to name a few. Dr. Todd was instrumental in providing leadership for UK’s campus to go tobacco-free in 2009. The Lee T. Todd Smoke-free Hero Award is given out annually at the Kentucky Center for Smoke-free Policy’s Spring Conference in his honor. Dr. Todd served on the BREATHE board from 2016-2021. 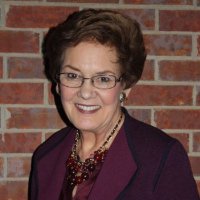 Penny Warren received her Master of Business Administration from the University of Arkansas and her Juris Doctor from the University of Kentucky College of Law. Penny was a partner at Wyatt, Tarrant, & Combs, LLP for 16 years before becoming the Director of Mediation and Family Courts Division for the Kentucky Administrative Office of the Courts. She then moved to an attorney position for the United States District Court for 8 years before starting her own practice. Penny is a passionate advocate for smoke-free environments. 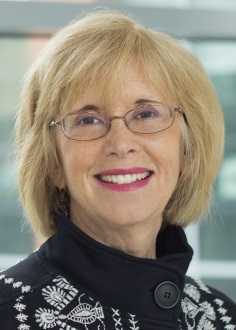 Ellen Hahn, PhD, RN, FAAN is an Alumni Professor in the Colleges of Nursing and Public Health at UK. She holds the Marcia A. Dake Endowed Professorship in the College of Nursing. Dr. Hahn is Associate Director for the Center for Health Services Research, Faculty Associate at UK’s NCI-designated Markey Cancer Center, and facilitator for the Lung Cancer Translational Research Group. Dr. Hahn received her undergraduate degree in nursing from Frances Payne Bolton School of Nursing, Case Western Reserve University. She earned a Master of Arts in Health Education from The Ohio State University and a Master of Science in community health nursing from Indiana University. In 1992, she completed a PhD in health policy/health of the community with a minor in substance abuse and the family at Indiana University School of Nursing. Dr. Hahn directs the BREATHE (Bridging Research Efforts and Advocacy Toward Healthy Environments) research team which includes the Tobacco Policy Research Program, the Kentucky Center for Smoke-free Policy, and the Radon Policy Research Program. Through the Kentucky Center for Smoke-free Policy, Dr. Hahn and her colleagues have assisted many of Kentucky’s 42 communities to go smoke-free. Hahn and colleagues have published multiple smoke-free workplace policy outcome studies showing positive health effects and no harm to business. In 2010, Dr. Hahn was inducted into the Sigma Theta Tau International Nurse Researcher Hall of Fame, and in 2011, she was inducted into the American Academy of Nursing. Dr. Hahn was named the 2012 UK Provost’s Public Scholar, is the Co-Chair of the UK Tobacco-free Campus Initiative, and is an Ambassador for Friends of the National Institute of Nursing Research. 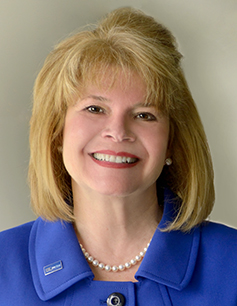 Janie Heath, PhD, APRN-BC, FAAN is the Dean and Warwick Professor of Nursing at the University of Kentucky. She was formerly an endowed professor of nursing and the chief academic officer at the University of Virginia and Georgia Health Sciences University. Dr. Heath earned her Master of Science Degree, with a clinical nurse specialist focus, from the University of Oklahoma and her post-master’s certificate with an acute-adult nurse practitioner focus from the University of South Carolina.  She completed her PhD in Nursing from George Mason University. She has more than 38 years of acute care nursing experience, has been awarded more than $12 million for academic and/or research initiatives, has generated more than 150 publications and abstracts, and served on numerous task forces for tobacco control. Kerrie Moore, MA is the Alumni and Development Director for the University of Kentucky College of Nursing. She first worked for the College in the mid-1990’s as an assistant to Dr. Marcia Stanhope, returning in 2008 as the Recruiter, Graduation and Scholarship Coordinator.  Most recently, she was the College’s Alumni and Annual Giving Coordinator.